“When you don’t move the mountains 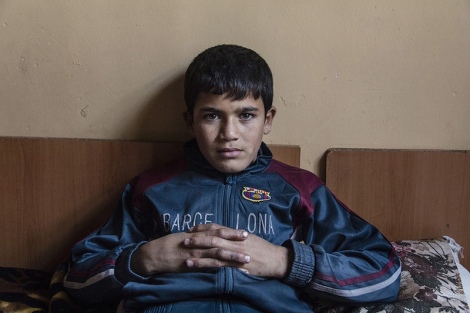 I don’t know what it was about him, but from those first moments, when I stood by his side in the trauma bay, preparing to take him to the OR, he bore a hole into my heart. Maybe I had not completely embraced the ‘new normal’ of seeing youthful bodies and lives torn apart by monstrous brutality . Or the stoicism these children demonstrated as victims of unspeakable tragedy.

Between his eyes and demeanor, and the story his body told, there was a glaring disconnect. He belonged on a beach or soccer field, hanging out with friends, flirting with girls. He was tall, handsome, with an athletic build, well-groomed, thick black hair and dark eyes. But there was something else. I couldn’t quite articulate all that his eyes told me. I would learn that story later.

His name was Abdullah. He had a gunshot wound from an ISIS sniper that had passed through his right thigh, into his left leg, shattering his left femur. A disjointed story had been pieced together through interpreters about the circumstances surrounding his shooting. The first version I heard, he had been at some kind of beach with his family when the ISIS sniper opened fire on them, killing his fourteen year old sister and wounding him. Only later, would I learn the actual events which would explain the story this boy’s eyes told.

I patted him, leaning close to him, and spoke reassuringly as we went back to the OR. Although he couldn’t understand most of what I said, he nodded slightly, comprehending my intent. From that moment, I felt a bond form between us.

I took care of Abdullah three more times in the course of the next week as he came back to the OR for wound care or adjustments to the hardware holding his broken femur in place. By the second operation, he would smile when he saw me. I was able to visit him in the evening for the first few days when I did post-op rounds (an excuse to give out M & M’s and stuffed animals). Again, he would smile despite the misery he must have felt. After his second procedure, he was doing well enough to be moved to the men’s ward from step-down.

About 24 hours after Abdullah’s last surgery, I had just finished a case when Jim the other anesthesia provider, told me about this case he had delayed because the patient’s hemoglobin was dangerously low. The procedure was a fasciotomy- done to relieve pressure so extreme, usually due to swelling, it impedes blood flow and threatens the viability of the limb. While a necessary procedure for this patient, optimizing their condition first by giving blood took priority.

Walking through the PACU (also the step-down unit) earlier that day, I had seen Abdullah. But after checking on him, I felt reassured it wasn’t anything major. He had been moved after he spiked a fever and warranted closer attention. He had looked great and done so well the day before, I wasn’t alarmed. In addition, he had a very robust base-line health, especially compared to most of the patients coming into the EFH. Young and healthy with a relatively uncomplicated injury, I was confident. He would be fine.

By the evening, we had finished the scheduled cases and add-ons, including the case mentioned above. It was only after several incidental conversations with other staff, I realized the patient Jim had delayed was Abdullah. Still not convinced the young man I had cared for yesterday could have deteriorated to the critical state of the patient requiring the fasciotomy, I went to the ICU.

I felt nauseated as I stood next to him, listening to the monitors alarm from his rapid heart rate and low oxygen level, watching him struggle to breathe, restless and in obvious distress. For the rest of evening, I hovered with other staff members around Abdullah. One of the doctors had searched the internet for a possible answer and solution to what was happening to him. His temperature was 104, his blood pressure had not responded to attempted fluid and blood resuscitation, and his left foot was cold and blue. It became apparent he was suffering from a catastrophic sepsis.

I found myself repeating the same phrase over and over.
“He looked great yesterday. He was stable. He hardly had any blood loss.. I can’t believe he is this sick. ”
How could his hemoglobin drop like that? I couldn’t accept he was bleeding into his thigh, the surgery had been so benign the day before.

The pastoral care team came. “I wanted the Iraqi chaplain to be able to speak to him since he is conscious, “ the ex-pat chaplain told me in a low, almost apologetic tone. I guess my face belied the fact I wasn’t moving in the direction everyone else seemed to be at that point.

Right after they finished their conversation, the answer to my initial question became apparent to all of us. Abdullah tried to sit up as he started retching. We turned him to his side as he vomited copious amounts of ‘coffee grounds’ – evidence of blood that had been sitting in his stomach for awhile. Ten minutes later as I stood next him, stroking his hair, talking to him and praying, he did it again. This time I held the basin as he vomited a huge amount of old blood.

In addition to, or because of the sepsis, Abdullah had developed a stress ulcer and had been silently bleeding into his GI tract from it. It was at this moment my brain began telling me how this was going to end. But heart, unwilling to accept it, was louder.

I inserted another large bore IV in Abdullah’s neck to infuse a medication to bring up his blood pressure. I rifled through every drawer in our anesthesia carts hoping to find an IV medicine to treat his GI bleed. And I prayed, desperately.

As one of the doctors stated he needed more blood, the medical director spoke up. “We cannot give him more blood.” At that point everyone encircled his bed and we prayed for him. And for us; prayers for wisdom, guidance, and strength.

The realities of working in an environment with limited resources and mass casualties generates a decision process totally foreign to those of us in healthcare here. Thank God for that.

Incredibly difficult decisions arise from questions we would never have to consider here.
“If we pull this patient through this crisis, what are his or her chances of survival in the long run?”
How many potentially much more salvageable patients will be jeopardized by pouring available resources into this patient with questionable survivability?”
If this patient survives this crisis, does she or he have the resources to enhance long term survival?

As a product of the US healthcare system, I was not wired to grasp the concept of not doing everything possible for a 15 year old child. As we approached midnight, the infusion to bring up his blood pressure had approached the maximum dose range. Once again, I went to the OR and pulled a drug we used for BP support. I mixed a single dose and bought another vial to mix a continual infusion if Abdullah responded to it.

So I stood by him, stroking his face and his hair. I tried to pray, but I didn’t have any words left. He opened his eyes and gazed at me several times as I stood by him. One of the last times before I left, he fixed his eyes on mine and looked at me with a lingering, unwavering gaze. For as long as I live, I will never forget that moment.

The next morning, as soon as I got up, I headed straight for the ICU. On the way I met one of the OR nurses who told me he thought Abdullah had passed away during the night. I tried to prepare myself but when I saw the cot where he had been was empty, I felt like running away. The nurse who had taken care of him said he had been moved to palliative care around 1:30 am.

Palliative care was an enclosed area in the emergency room where dying patients were placed so there would be some privacy. Although many did not have family present, no one ever died alone at the Emergency Field Hospital. One, if not several staff members kept vigil by their side, often singing to them and holding them as they left this world.

I couldn’t bring myself to walk over there and I started to leave. But somehow I ended up turning back around and walking to the palliative care area. The medical director was sitting by him. I could feel tears start streaming down my face as I walked over to his side. As I put my hand on his forehead, he took his last breath.

It wasn’t until the last night in ICU I heard the whole story of Abdullah’s shooting. ISIS was using his family as human shields. His parents told Abdullah and his sister to run. Abdullah’s parents were no doubt, immediately shot and killed. Abdullah’s sister was fatally wounded as she ran away, and he was shot in the legs. He crawled to his sister, picking her up, and with a shattered femur, stood and ran, carrying her body.

The tragedy of Abdullah’s life weighs on me every single day. I believe in those last moments of lucidity, as he searched my face, he was looking for his mother. I wonder if the sound of gunshots, ending his parents and sister’s life, and eventually his own, haunted his dreams at night. I think about this child, waking from this nightmare, to the reality it wasn’t a dream, with no family there to comfort him. And in the end, no family to hold him and grieve for him.

I wonder if this unrelenting heartache I feel for Abdullah is foolish. I don’t really care if it is. Because somehow I feel if I am the only person on this earth who will never forget this special young man; who will never forget his courage, it will somehow make his life count for something.

Abdullah, I will never forget you. Fi- amdn-il-karim, ’to the protection of the Generous One I commit you.’ 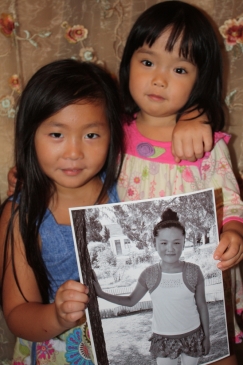 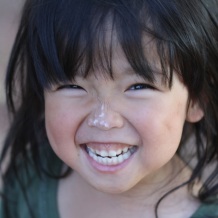 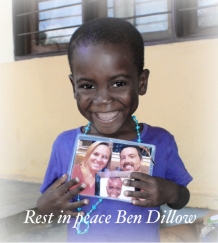 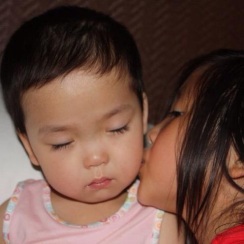 Godinterest christian magazine is where readers find dynamic thinking, and where expert and undiscovered voices can share their blogs on faith, culture and life